Scientists have identified over 80 cannabinoids while studying the compounds found in Cannabis sativa.  Tetrahydrocannabinol, THC, and Cannabidiol, CBD, are the most well known of these because they are produced in the highest concentrations relative to dozens of other cannabinoids in the plant, 12-21% and 1-10% respectively, and because they have been studied the most. However, as more studies are conducted on cannabis, the lesser known cannabinoids are also being brought to light.

First, it is important to note that the “A” in THCA, CBDA, etc. stands for the carboxylated, or acidic, form of the compound. These “acidic” versions of THC or CBD are the compounds naturally produced by the cannabis plant. It is only through drying and/or heating that they can be decarboxylated into their non-acidic forms (CBD, THC, etc.) which are known for being bioactive. This is the reason “raw” cannabis products are usually heated through smoking, cooking, or other methods before they are consumed. The acidic form of cannabinoids may also be bioactive, however, they are not psychoactive. THCA can only be psychoactive once it has been decarboxylated into THC.

CBGA is the chemical compound in cannabis that naturally transforms into THCA, CBDA, and CBCA. It is the precursor to the other cannabinoids and is found at higher concentrations in young plants. As the plants and their flowers mature, CBGA is converted into the well known compounds sought after in the cannabis industry. CBG itself is not psychoactive, but is the parent to THC which is psychoactive. CBGA usually has a concentration less than 1% in mature cannabis but can now be more easily isolated with the cross-breeding, selection, and development of strains containing high CBG levels. Many companies are beginning to sell CBG isolates and products as it is gaining a lot of attention for its supposed bioactive effects. Many studies have begun to explore this cannabinoid to determine how it functions in the body. 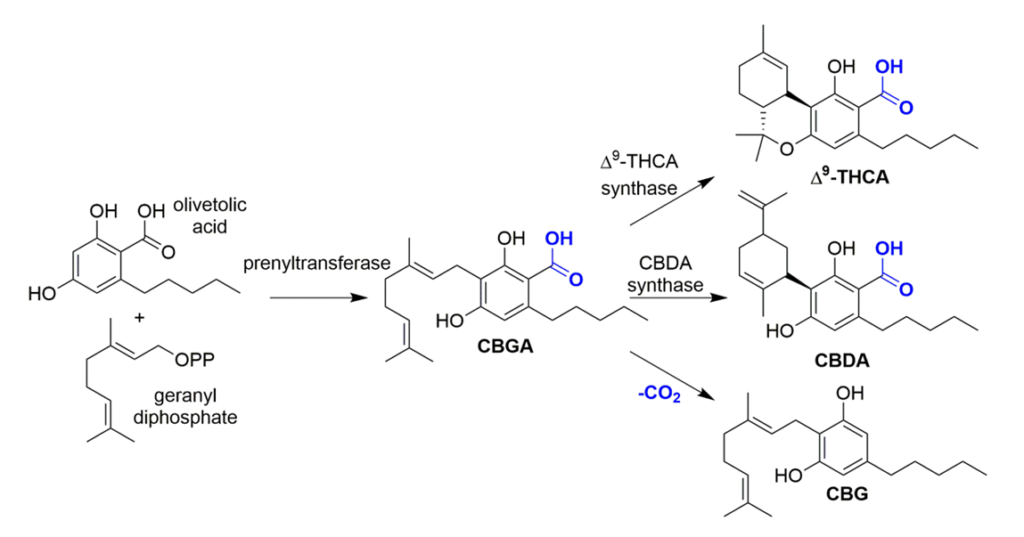 FIG 2. Pathway of THCA, CBDA, and CBG production from CBGA.

CBC is another non-psychoactive phytocannabinoid produced from CBGA. Like CBG, it is also found at concentrations less than 1% in most cannabis varieties. However, some produce high enough levels for effective extraction.

CBN is another phytocannabinoid found in cannabis which is the product of THC oxidation. This means that when THC is exposed to light or heat, stored incorrectly, or degraded in some way, it turns into CBN. It is slightly psychoactive, but the research is inconclusive and it is nowhere near as potent as THC.

FIG 3. Degradation of delta-8 and delta-9-THC into CBN

CBG, CBC, and CBN are only a few of many cannabinoids beyond the popularized THC and CBD. The acidic analogues like CBDA, for example, may also interact with our bodies in some way. Tetrahydrocannabivarin, THCV, and Cannabidivarin, CBDV, are additional cannabinoids with very similar structures to THC and CBD, but do not produce exactly the same effects. There is still much to learn about how these cannabinoids interact with our bodies. With over 80 different cannabinoids identified in the plant, the possibilities for new research and studies on these compounds seem endless. 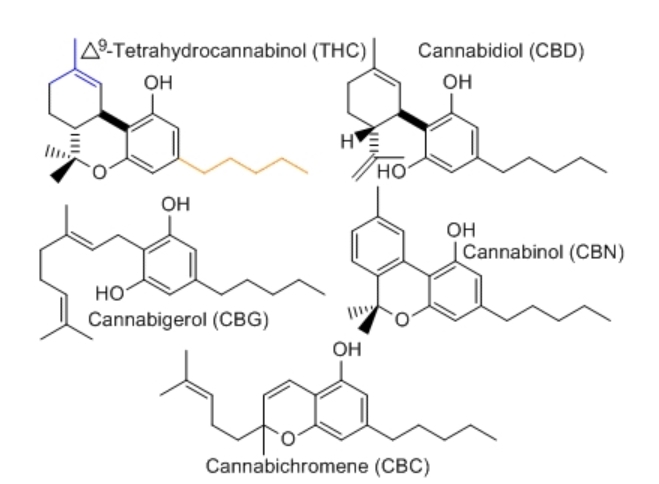